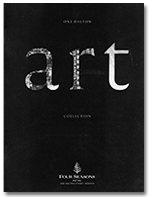 For this site-specific commission, Boston-based photographer Alexander Coster Scott captured the expansive views from the top of One Dalton. He carefully annotated each photograph with the view by compass point, date and time the image was taken, along with his technical specifications. The round framing device recalls early photographic methods such as daguerreotypes and tintypes. The blending of the historical with the new is seen everywhere in Boston., and these contemporary views hang in every single guest room and suite. 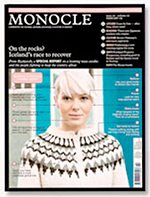 Monocle would like more of Alex [Coster] Scott’s large format photography on our walls […] His Transillumination series of buildings – taken with a Linhof Technorama 612 Large Format (Scott’s particular about his hardware) – was captured after sitting for hours waiting for the right cloud conditions. His rigorous, spare and poetic images are a collision of light and shapes. Scott, who trained as a painter and lives in Boston says of his next series, “Unremarkable places are what’s turning me on now.”

[Coster] Scott’s relaxed environment evokes the elegance and dynamics of Space-age pop, Lounge music and Easy Listening… (He) celebrates the “Rebirth of Cool” and the optimistic artificiality of a period fascinated by the prospect of space travel and convinced by the progress of technology…

Scott goes back to the future in his work, or maybe forward to the past. 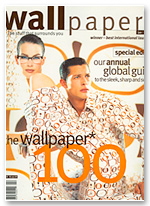 Alexander [Coster] Scott lives and works in a one-bedroom apartment on a quiet block near Boston’s Newbury Street, a social hub where girls sporting Jennifer Aniston haircuts, stodgy Bostonians and ubiquitous college kids merge in a dizzying collage of swank, pomp and chatter. With its gaslight street lamps and reassuring New England charm, it seems a curious stomping ground for a man whose paintings are influenced by everything from the lurid plastic forms of fast-food chains to airport architecture. “It’s my more modern work, the stuff I care about at the moment, that seems to take its cues from what’s swirling around in our popular culture,” explains Scott from the comfort of an Aalto bentwood chair.

Scott’s work first caught our eye on the walls of Troy in SoHo. Influenced by forces as disparate as the Japanification of America, Graceland and the rise of rave culture, his pieces are a window with views of both the familiar and the future. Having studied art history at Boston University, Scott moved on to France to paint pretty landscapes, briefly took up modeling in Milan and, back in the States, spent time working for a Buddhist publishing company. These various experiences seem fully ingrained in his work, where his palette of muted colours, bold shapes and woodgrain reveal a taste for contrast that seems to suggest the work of both graphic designer and painter. “For me, art and design are definitely coming together – boundaries between various media have been blurred. The bottom line is: I’ve set out to create an effect and this is what I came up with. I’m not thinking: am I doing high art, design, or furniture. I just did what I wanted to do.”

Influenced in equal measure by the work of Jean Arp and David Lynch, his pieces hark back in particular to synthetic wonder of postwar “Good Life” modernism in the US, as well as De Stijl’s earlier experiments with abstraction and plasticity. It’s an unexpected reciprocity of artificiality and symbol. “My idea was to create an ambient kind of art, one that wouldn’t overwhelm the sense of the environment but had a specific effect. ” The figures, he explains, serve as entry to the work, a beckoning to “the busy mind”. Currently fascinated by a computer program that simulates analog techno tracks, the contradictions that are Alexander Scott ultimately work themselves out. “It’s to create some sense of peace,” he allows, finally, “That’s always been why I’ve done it.” 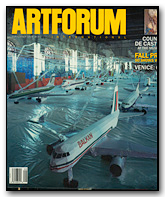 Strong ties to Pop, Op, psychedelia, and ’60s and ’70s graphic design…Scott offered an interpretation of Satie’s “wallpaper music” in visual form (wallpaper art!), with intersecting horizontal and vertical rows of album jacket-like squares. The motif included a white stylized deer graphic on pink; black and white variations on elipses-within-circles; and a few squares with simulated fake wood paneling…”almost already gone” got looked at – This is…the new frontier, as painting merges with design. 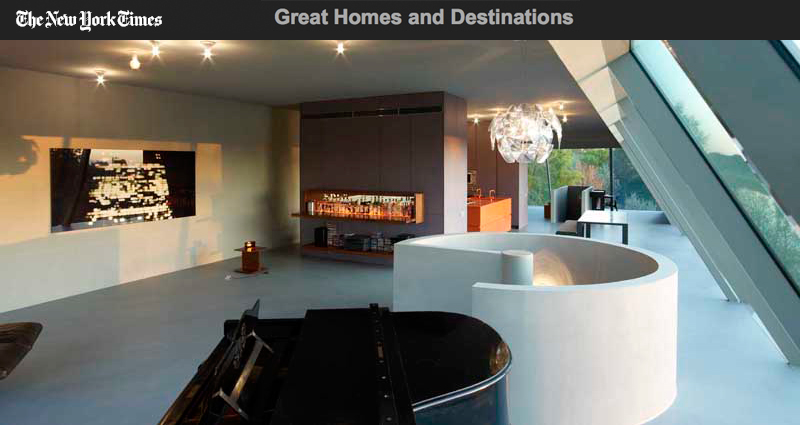